Killers: What You Need to Know About North Korea's Small Arms 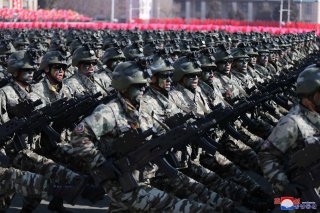 Here's What You Need to Remember: Pyongyang's military is still not very modernized.