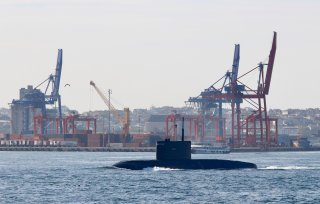 Here's What You Need To Remember: A lot of silencing went into the Kilos. The hull is described as having the approximate shape of a drop of water and greatly reducing water resistance over older, World War II–era submarine designs. The propulsion plant is isolated on a rubber base so it doesn’t touch the hull, preventing vibrations from turning into noise that can be heard outside the boat.