The Laser Wars are Coming. 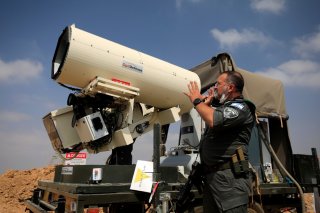 Here's What You Need to Remember: Although laser weapons may see some offensive applications, it appears their primary function will remain defensive: countering the growing threat posed by long-range missiles and drones, as well as reducing the mayhem caused by old-fashioned mortars and rocket artillery.