The Legendary Battle of Gettysburg Had a Bloody Aftermath 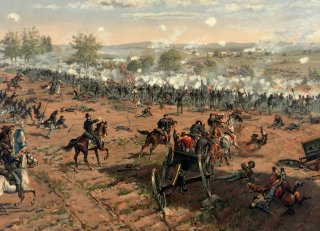 Here’s What You Need to Remember: Gettysburg was a major battle that inflicted grievous wounds on both the North and the South. Though even at the time the Union was recognized at having come out on top, their losses led to discouragement and discontent at the ambiguity of the outcome throughout the North. Yet the slight margin of victory proved to be just enough to allow Sherman’s troops to defeat the Confederacy in Atlanta the next year.