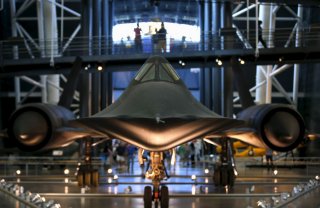 Here's What You Need to Remember: Gen. Curtis LeMay, then the vice chief of staff of the Air Force, approached Lockheed Martin’s Kelly Johnson and asked for something specific: an update of the A-12 Oxcart, to create “an extended range deep penetration bomber that the Russians could not stop.”