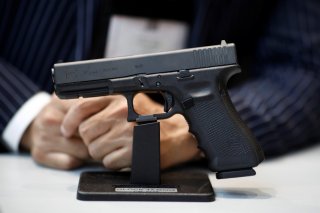 Here's What You Need to Remember: The Heckler & Koch Universal Service Pistol (USP) was designed by the company as a response to the meteoric rise of the Glock 17 handgun. Developed in the late 1980s to challenge Glock in the U.S. police market, the USP would later fulfill a requirement with U.S. Special Operations Command for the Offensive Handgun Weapon System program.