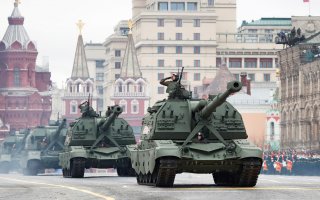 Here's What You Need to Know: NATO is watching its eastern neighbor closely.

“Although clearly influenced by their Soviet ancestry, the Armed Forces of the Russian Federation have evolved considerably to reflect new realities facing Russia’s defense leadership. Russia no longer has massive manpower advantages over its potential adversaries, nor can it trade space for time in light of the speed, range, and hitting power of modern aerial-delivered munitions,” says a 2017 study by the RAND Corporation. “Facing a future in which their traditional strengths are absent or less useful, Russia’s military leaders have adapted in ways designed to enable an effective defense of their homeland and, if required, to permit limited offensive operations around their periphery.”

This article first appeared in December 2017.