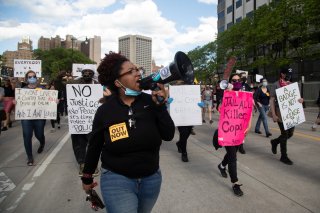 As 1968 began, the city of Detroit was dealing with the aftermath of some of the worst race riots the country had ever seen. That year, the Kerner Commission, appointed by president Lyndon Johnson, placed the blame squarely on the way the police and the city government had handled the response. In this episode, Jeffrey Horner, a professor of urban studies at Wayne State University, speaks with Phillip about how race and class divisions met with economic and social upheaval to shape the city as it tried to rebuild … and also how the city shaped them, as they themselves grew up in Detroit at the time.

Read more in this accompanying article from Jeffrey Horner: Police killings of 3 black men left a mark on Detroit’s history more than 50 years ago

Music on this episode: Something to save" by Komiku, found on FreeMusicArchive.org, licensed under CC0 1

“This tuning is so dramatic” by Monplaisir, found on FreeMusicArchive.org, licensed under CC0 1