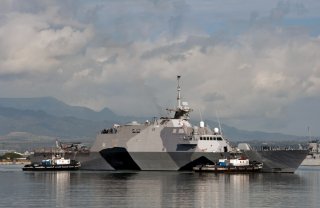 Here's What You Need to Remember: It’s easy to see how this type of deployment would work in practice: groups of around 120 Marines and Sailors, flitting around throughout the Pacific, from remote specks of land storming ashore onto austere, far-flung beachheads—carried to and fro by the Navy’s Light Amphibious Warships.