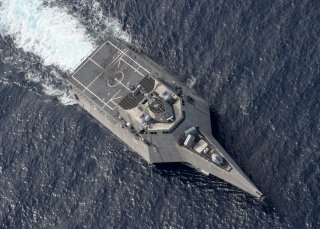 Here's What You Need to Remember: “It’s a gamble because Littoral Combat Ships are not well-protected against anti-ship missiles, having only their 57-millimeter guns and Rolling Airframe missile launcher mounts."

David Axe served as Defense Editor of the National Interest. He is the author of the graphic novels War Fix,War Is Boring and Machete Squad. This article is being republished due to reader interest.