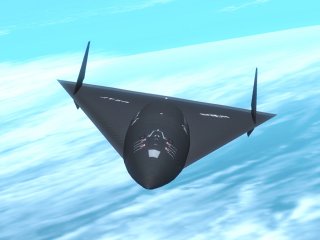 Here's What You Need to Remember: Another notable piece of "evidence" of the existence of the SR-91 is that "sky quakes" were reported to have been heard at times over Los Angeles – and while those could be from aircraft operating out of Groom Lake (aka Area 51) in Nevada, there is little to suggest it was the Aurora.