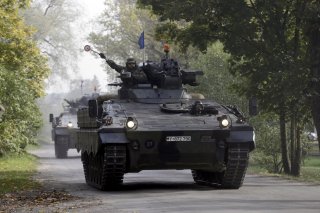 Here's What You Need to Remember: Despite the Marder’s early 1971 production date, the platform had was not tested in combat until 2009, when several Marders successfully defended a remote German-manned outpost in Afghanistan’s Kunduz Province.