The Long Path to Power for Black Women in America 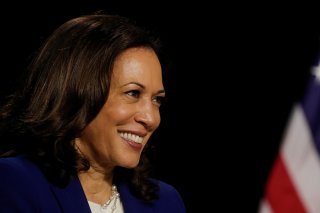 Before Harris was picked as Biden’s running mate, she was his competitor for the Democratic presidential nomination. She is one of many Black American women who have aimed for the highest office in the land despite great odds.

Hands that Once Picked Cotton

African Americans have endured many hurdles to political power in the United States, among them slavery, Jim Crow and disenfranchisement.

Black women, in particular, have hit barrier upon barrier. Women didn’t gain the right to vote in the U.S. until 1920, and even then Black people – women among them – still couldn’t vote in most of the South. In the 1960s, Black women helped organize the civil rights movement but were kept out of leadership positions.

As a political science professor, I address issues like these in my government and minority politics classes. But I also teach my students that Black women have a history of political ambition and achievement. As the Rev. Jesse Jackson Sr. said in 1984 about the progress Black voters made last century, “Hands that once picked cotton will now pick a president.”

Now, Black women, who once had no chance of even voting for president – much less being president – will see one of their own a step away from the Oval Office.

Biden allies have reportedly suggested that he would only serve one term if elected because of his age – Biden would be 78 on Inauguration Day – but his campaign officially denies that possibility. Either way, his vice president would be in a powerful position for the 2024 campaign.

Harris is also of Indian descent, making her place on the ticket a meaningful first for two communities of color.

‘Unsuitable’ for the Job?

Kamala Harris is a registered Democrat who served as California’s attorney general and later one of the state’s U.S. senators. But, historically, most Black female presidential candidates have run as independents.

In 1968, 38-year-old Charlene Mitchell of Ohio became the first Black woman to run for president, as a communist. Like many other African Americans born in the 1930s, Mitchell joined the Communist Party because of its emphasis on racial and gender equality. Black female communists fought Jim Crow, lynchings and unfair labor practices for men and women of all races.

Mitchell’s presidential campaign, which focused on civil rights and poverty, was probably doomed from the start. In 1968, many states didn’t allow communists on the ballot. Media outlets from the Boston Globe to the Chicago Tribune also discussed Mitchell’s “unsuitability” as a candidate because she was both Black and female. Mitchell received just 1,075 votes.

Other independent Black female presidential candidates have been community organizer Margaret Wright, who ran on the People’s Party ticket in 1976; Isabell Masters, a teacher who created her own third party, called Looking Back and ran in 1984, 1992 and 2004; and teacher Monica Moorehead of the Workers World Party ticket, who ran in 1996, 2000 and 2016.

In 2008, the year Barack Obama was elected president, Cynthia McKinney, a former U.S. representative from Georgia, was a nominee of the Green Party. And in 2012, Peta Lindsay ran to unseat President Obama from the left, on the Party for Socialism and Liberation ticket.

Only one Black woman has ever pursued the Republican nomination: Angel Joy Charvis, a religious conservative from Florida, who wanted to use her 1999 candidacy to “to recruit a new breed of Republican.”

Chisholm, who mostly paid for her campaign on her credit card, focused on civil rights and poverty.

She became the target of vehement sexism. One New York Times article from June 1972 described her appearance as, “[Not] beautiful. Her face is bony and angular, her nose wide and flat, her eyes small almost to beadiness, her neck and limbs scrawny. Her protruding teeth probably account in part for her noticeable lisp.”

Chisholm received little support from either Black or female voters and won not a single primary.

The Black women who followed in Chisholm’s footsteps from Congress to the Democratic presidential primary, including Illinois Sen. Carol Moseley Braun and Harris herself, have seen little more success. Harris was among the first 2020 Democratic primary candidates to drop out, in December 2019.

Why did these women’s candidacies fail?

In most cases, my research finds, America’s Black female presidential candidates haven’t made the ballot. Those who did had trouble raising funds.

And because their candidacies weren’t taken seriously by the media, they had trouble getting their messages heard. Historically Black female presidential candidates have received no real support from any segment of American voters, including African Americans and women. Generally, people – even those who might have been heartened by the idea that someone who looked like them could aspire to the White House – thought they couldn’t win.

As a vice president for two terms who had a major role in governing under Barack Obama, Joe Biden knows what the office entails. He has now selected a woman who he believes can not only help him win the election but also to govern if he is elected. It is a watershed moment for African Americans, Asian Americans and women who’ve so long been excluded from so many aspects of politics.