Lookout: The F-22 Raptor Could Be Getting Laser Weapons 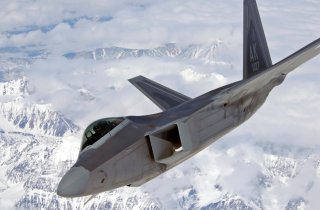