Low‐​Income Housing Tax Credits Are a Scam. Here's Why. 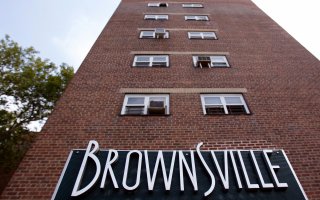 Since 1986, low‐​income housing tax credits (LIHTCs) are the main way in which the federal government tries to increase the amount of affordable housing for low‐​income families. Yet they have become an enormous scam that allows non‐​profit organizations such as Habitat for Humanity to pad their budgets building expensive housing that is mostly rented to middle‐​income people.

As described in this 2017 Cato Institute bulletin, the Internal Revenue Service allocates tax credits to state housing agencies each year. The agencies then give them to developers that are often non‐​profit organizations. The developers can sell the tax credits to raise funds to build new supposedly affordable housing. The IRS currently distributes about $10 billion worth of tax credits a year, more than three times as much as the Department of Housing and Urban Development (HUD) spends building public housing, which was less than $2.9 billion in 2020.

A group called Seattle for Growth has compiled a list of 89 low‐​income housing projects funded since 2008, with links to the complete financial applications for 30 of those projects. A handful of these projects were built by the city or county housing agencies, while all of the rest were built by non‐​profit organizations such as Mercy Housing, which builds and operates housing projects in eighteen states ranging from Washington to Georgia.

Of this $530, an estimated $258 per square foot would be spent on actual construction, with another $15 per square foot for “contingencies.” The rest includes a variety of fees for the architects, the developers (meaning the non‐​profits), and the government. All of the developments also included large common areas such as hallways and, in some cases, parking structures, and these added considerably to the total cost.

There are several reasons why the costs are so high. The first is that neither the IRS nor HUD provide much oversight over how the funds are spent. Since no one in the federal government pays any attention to how low‐​income tax credits are spent, developers are free to spend as much as they want. A 2018 GAO report found projects ranging from under $100,000 to more than $700,000 per unit, and few if any state agencies seemed to judge projects based on their costs.

A second problem is that Seattle has an urban‐​growth boundary that has greatly increased the price of land in the region. According to a 2017 study published by the National Bureau of Economic Research, the average price of land in Seattle is more than $1.3 million per acre, compared with under $300,000 per acre in fast‐​growing regions that have no urban‐​growth boundaries such as Atlanta, Houston, and Raleigh.

A third and even bigger problem is that most of the Seattle projects weren’t really built to provide affordable housing; instead, they were built to provide customers to the region’s light‐​rail system. LIHTCs can pay for no more than 70 percent of the cost of housing projects; to be eligible for state and city housing funds covering the remaining 30 percent, Seattle projects have to meet a number of specific requirements including “compact development,” “access to public transportation,” and “walkable neighborhoods.” As a result, all but two of the 30 projects whose applications I examined were mid‐​rises (4- to 6‐​story) or high‐​rises (7‐​plus stories). Such projects are much more expensive to build due to the need for more structural steel and concrete, not to mention all of the common areas they require that aren’t needed for single‐​family homes.

“Government will malperform if an activity is under pressure to satisfy different constituencies with different values and different demands,’’ wrote Peter Drucker in his 1989 book, The New Realities. ‘‘Performance requires concentration on one goal.” Agencies administering affordable housing funds have lost sight of their goal and so the money they spend doesn’t help as many people as it could.

Not that the 6,700 units of housing in Seattle’s 89 projects help that many low‐​income people. Many of those units are available to any household that earns less than the Seattle-areas’s median income, which was $93,000 in 2019, and only a few are affordable to those who truly have low incomes. Despite the fact that the non‐​profits that built the projects spent none of their own money on the capital costs, the rents they charge for most of the apartments are higher than truly low‐​income people can afford to pay.

According to the Census Bureau, the poverty line for a Seattle family of four is under $33,000 a year. Under requirements that households spend no more than 30 percent of their incomes on housing, a family earning $33,000 a year can afford to spend $825 a month on rent and utilities. Yet only ten of the 110 units of the Capitol Hill TOD, a project now being built with low‐​income housing tax credits, will be priced this low. The average unit in the complex will require an income of $40,000 a year, and the most expensive $56,000. This means that most of the 110 units are really middle‐​income housing.

The public tends to view non‐​profit organizations as more altruistic than private developers, but this reveals that non‐​profits are just as money‐​grubbing as anyone else. If they were really concerned about helping low‐​income people, they would be lobbying to abolish the urban‐​growth boundaries that have made land expensive in West Coast urban areas such as Seattle, Portland, San Francisco, San Jose, and Los Angeles. But such land‐​use regulations actually work in their favor since they increase the number of people who need “affordable housing,” so the non‐​profits make no complaint about the boundaries.

Without the boundaries, most low‐​income housing would not be needed. In Buckeye, Arizona, which may be the most developer‐​friendly city in the country, builders are selling new 2,094-square-foot homes for $264,990, or $126.55 per square foot. That includes the land, permits, hookups, architecture fees, and everything else that costs $532 per square foot in Seattle affordable housing projects.

It is clear that the low‐​income housing tax credit program is not accomplishing its goals and should be abolished. For more information, download my complete report on this program.