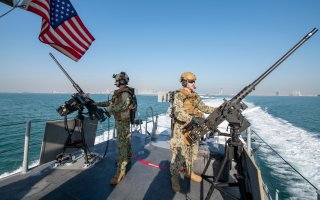 Key Point: As the United States has stepped up its military commitments around the globe, the M2 has also had to change.

However, a few decades later, quick change barrels were becoming the norm. The German MG34 and MG42 that the M2HB faced in World War II both used quick change barrels that could be swapped extremely rapidly. During the Cold War, the Soviets used .50 caliber machine guns (in their own 12.7 x 108 millimeter caliber). The Soviet NSV was lighter than the M2HB, and featured a quick change barrel.

Charlie Gao studied Political and Computer Science at Grinnell College and is a frequent commentator on defense and national security issues. This article first appeared in 2018 and is reprinted here due to reader interest.