The M82 Sniper Rifle Can Take Out a Target from 2,000 Yards Away 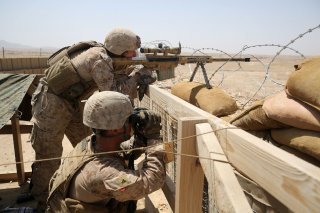 Here's What You Need to Remember: Variations of the M82, or copycats of it, are used around the world.