The Maginot Line: Could This Be the F-35 of World War II? 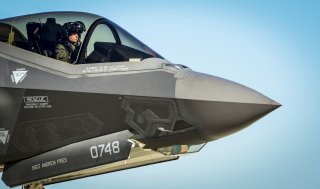 Key Point: Not unlike many an expensive military project, the Maginot Line was not all it was advertised to be.

According to the standard telling of the tale, the Maginot Line, the most expensive military project ever undertaken at the time—the F-35 of it’s day—was a mighty, nigh-unassailable fortification, whose only flaw was that it did not extend along the whole French frontier, instead relying on the Ardennes forest to protect the north where the Franco-German border met Belgium. In that version, it was only the German surprise attack through the Ardennes, in country thought impassable for mechanised forces, that rendered the fortress impotent, as German troops simply bypassed it. The Maginot Line itself, it is claimed, would have resisted any attack.

The problem with that telling is that it is largely false. The Maginot Line is probably the most overrated defensive system in history. German troops did attack the Line, initially in the form of holding attacks designed to tie down French forces while the main attack passed through the Ardennes. What they found did not impress them. F.W. von Mellenthin, the chief of staff of 97th Infantry-Division, which breached the line near Saarbrucken, would write:

“The Maginot Line was widely believed to be impregnable, and for all I know there may still be those who think that the fortifications could have resisted any attack. It may be of interest to point out that the Maginot defences were breached in a few hours by a normal infantry attack, and without any tank support whatsoever. The German infantry advanced under the cover of heavy air and artillery bombardment in which lavish use was made of smoke shell. They soon found that many of the French strongpoints were not proof against shells or bombs, and moreover, a large number of positions had not been sited for all-around defence and were easy to attack from the blind side with grenades and flamethrowers. The Maginot Line lacked depth, and taken as a whole the position was far inferior to many defence systems developed later in the war. In modern war it is in any case unsound to rely on static defence, but as far as the Maginot Line was concerned the fortifications had only a moderate local value.”

It turns out that not unlike many an expensive military project, the Maginot Line was not all it was advertised to be. On paper, it sounded impressive: forty-five grands ouvrages or great forts, designed with withstand 135mm heavy guns, along with ninety-seven petits ouvrages or small forts, 382 casemates, seventy-eight shelters, seventeen observatories and five thousand blockhouses, all designed to be proof against 75mm medium artillery. These were defended by a series of turrets, some retractable, some not. Of the retractable turrets, seventeen mounted 135mm heavy guns; thirty-four more had 75mm medium guns; twenty-one had 81mm mortars; twenty-one others were “mixed weapon” turrets, featuring twin machine guns paired to either a 47mm rapid-fire naval gun or a 25mm anti-tank gun; seven had a machine gun and a 50mm mortar, and sixty-one had only a single machine gun.

Supplementing the retractable turrets mounted on the forts themselves were a much more extensive array of non-retractable cloches or bells, of which seventy-two had a 25mm anti-tank gun and twin machine guns, seventy-four had twin machineguns only, and 1,118 had a single machine gun, sometimes paired with a 50mm mortar. There were also seventy-five grenade cloches, actually a small hole in a concrete dome from which one could throw a grenade, and twenty periscope cloches for observers. Altogether, it had 93x 25mm anti tank guns and 1,520 machine guns to augment it’s artillery. The fortifications were arranged in three layers: the border post outline, consisting of camouflaged blockhouses on the border, designed to delay the enemy and give the alarm; an outpost and support line of anti-tank blockhouses 5 km back, designed to further delay the enemy, whole ouvrages were readied for combat; and the mainline of resistance 10 km from the border, where the ouvrages themselves were arrayed. It all seems very formidable, until one peers too closely at the details.

First, the three lines were not genuinely mutually supporting defensive belts, such as the Germans would attack at Kursk. The two outpost lines were sacrificial: they were designed merely to delay the enemy advance long enough to give the garrisons of the ouvrages time to man their positions. While the artillery in the fortress turrets could theoretically support the outpost lines, this would require the outposts to hold out long enough for the guns to be readied, and lacking sufficient observer posts or trained forward observers in the outposts, this would be limited to pre-registered or blind fire. In the nineteenth century, this might have held up attacking troops, as skirmish lines struggled to overcome each blockhouse before moving on. The Germans had evolved past this in the last war, learning to bypass strongpoints, and focus on breaking through the enemy position. The outpost lines would do little to slow their advance.

The second problem was the length of front they had to cover: some 225 kilometres, giving an average machinegun density of 6.75 per kilometre, 1x 25mm anti-tank gun per 2.4 kilometres, and one medium or heavy artillery piece per 5.5 kilometres. They were not evenly distributed, and the manner of their distribution would reveal other vulnerabilities, which we shall look at below, but for the purpose of comparison, consider that a German infantry platoon was allocated a 200m wide attack sector. That would give German attackers, with four MG.34s to a standard infantry platoon, some twenty machine guns per kilometre, or three times that of the fortifications. Adding in French infantry defenders, with three machine guns per platoon only gives the French a rough equality, at 21.75 vs 20, and a deceptive equality at that, as the Châtellerault M24/29 LMG fired a mere 450 rounds per minute from a 25 round box, as opposed to the MG.34’s 900rpm from 250 round belts. Taking data from German and American training simulations, that gives the Germans a 76 percent superiority in effective machine-gun firepower, and assumes the platoon attacks unsupported. A German infantry division, expected to attack a 5 km front, possessed 642 machine guns, some 128 per km. A French division had 480, with ninety-six per km, making the Maginot Line’s contribution of roughly seven seem insignificant, and increasing the German firepower superiority to 3.5 to 1.

As for artillery, a single German infantry division brought more firepower to the table than the entire Maginot Line. Against the 21x 135mm heavy and 34x 75mm medium guns of the fortifications, a German infantry division fielded 40x 105mm medium guns, and 14x 150mm heavy guns, along with 20x 75mm infantry guns. These would all be concentrated on a mere 5 kilometres, not strung out along 225, and even with a French division opposite, they would only add 36x 75mm, 12x 105mm, and 12x 155mm, still leaving the Germans with a firepower edge from their larger guns. The superior calibre of German guns pose an additional problem, however. The French devised the fortress to withstand their own WWI armament, the famous ‘75’, not that of the Germans; especially not the Germans of 1940. When it came down to the test of actual combat, turrets, casemates, and blockhouses designed to withstand French 75mm crumpled under German 105. Even the petits ouvrages could be brought down on the defenders’ heads, as the Germans would demonstrate, leading to the quick surrender of several more. Only the grands ouvrages could withstand the fire of a typical German attack, and with only forty-five of these, one per 5 km, the Germans found them easy to ignore.

In any case, the ouvrages were not everywhere. From the Ardennes into Monmedy, and from Hagenau to Switzerland, there were no ouvrages, with their retractable turrets and artillery. In these areas, there were only casemates, blockhouses and cloches, relatively primitive fortifications with little more than machineguns and light mortars, which did not even give the Germans pause. In fact, the Ardennes, through which the Germans supposedly “bypassed” the Maginot Line was technically part of the Line, just one of these weak sectors of it lacking ouvrages. In the sector in front of the fortress of Verdun, no ouvrages were built either. Let it not be thought that the mainline of ouvrages between Monmedy and Hagenau was capable of much better though. The attack at Saarbrucken that Mellinthin described above took place in the very centre of the heaviest portion of the French defensive belt. Even here, where the line was strongest, it was no more than of “moderate (defensive) value”, broken through in a few hours by German infantry.

The design of the blockhouses and casemates reveal more 19th Century thinking. The overwhelming majority covered only a single direction. A handful also covered the opposite side, but were still blind in two directions. These presented little hindrance. Once blinded by smoke, German infantry could advance upon them in relative safety, and quickly destroy them with grenades, flamethrowers, and satchel charges, from the cover of the blindsides. Little thought was given to mutually supporting positions that could cover each other by fire. The grenade cloches were a joke, presenting more of an inviting target for enemy grenadiers than any real cover for the thrower.