Male and Female Brains May Be More Similar Than We Realize 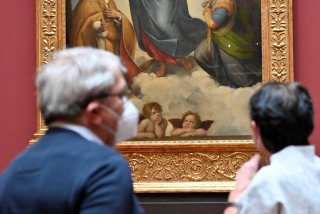 Along with just about every other aspect of real or imagined differences between the sexes, the idea that your biological sex will determine the sex of your brain – and so your behaviour, aptitudes and personality – has a long and controversial history. The idea that a man’s brain is “male” and a woman’s brain “female” is rarely challenged.

The latest neuroscientific techniques employed to measure and map those brain structures and functions which might distinguish the two sexes are discussed in a recent special issue from the Royal Society examining the differences between male and female brains. But among the papers is one that directly questions the very concept upon which the others are broadly based, boldly stating that there is no such thing as a male or a female brain.

One of the authors, Daphna Joel, had previously published a study of structures and connections in over 1,400 brains from men and women aged between 13 and 85, in which no evidence was found of two distinct groups of brains that could be described as either typically male or typically female. Brains were more typically unique “mosaics” of different features – something more correctly characterised as a single heterogeneous population.

Such a mosaic of features cannot be explained in purely biological terms; it is a measure of the effect of external factors. This is true even at the most fundamental level. For example, it can be shown that a “characteristically male” density of dendritic spines or branches of a nerve cell can be changed to the “female” form simply by the application of a mild external stress. Biological sex alone cannot explain brain differences; to do so requires an understanding of how, when and to what extent external events affect the structure of the brain.

The notion that our brains are plastic or malleable and, crucially, remain so throughout our lives is one of the key breakthroughs of the last 40 years in our understanding of the brain. Different short- and long-term experiences will change the brain’s structure. It has also been shown that social attitudes and expectations such as stereotypes can change how your brain processes information. Supposedly brain-based differences in behavioural characteristics and cognitive skills change across time, place and culture due to the different external factors experienced, such as access to education, financial independence, even diet.

The importance of this to the male/female brain debate is that, when comparing brains, it’s necessary to know more than just the sex of their owners. What kind of brain-altering experiences have their owners been through? Even a path as mundane as school, university and a nine-to-five career will meld the brain in different ways to those with different experiences.

Clearly this is important when any kind of brain differences are being measured and discussed, particularly when it is the influence of a biological variable (sex) on a social variable (gender) that is being studied. But it’s surprising how infrequently this is incorporated into the design of studies, or acknowledged in how results are interpreted. Understanding how much the brains being examined are entangled with the worlds in which they exist must be part of any attempt to try and answer the question of what, if anything, separates male and female brains.

Perhaps the mounting evidence that brains can’t be neatly divided into sex-based groups will prompt a game-changing alteration in how we approach this issue.. What is really meant by a “sex difference”? Taken straightforwardly, one would assume a “difference” implies the two groups measured are distinct. That the characteristics true of one are almost always not true of the other, that it’s possible to predict characteristics based on sex or vice versa, or that knowing to which group an individual belonged would allow you to reliably predict their performance, responses, abilities and potential. But we now know that this simply doesn’t reflect reality.

On a wide range of psychological measures, it’s clear that the two sexes are actually more similar than different, despite oft-repeated stereotypes or anecdotal assertions. In parallel with the findings that brains are a mosaic of features, repeat analyses of more than 100 different behavioural and personality traits believed to be characteristic of one sex or the other have demonstrated that they don’t fall into two distinct groups, but are best allocated to a single group. The researcher’s conclusion, delivered with a wry smile, can only be that men are not from Mars nor are women from Venus: we are all from Earth.

The whole issue of male/female differences in the brain and the implications for male/female differences in any sphere – normal or abnormal behaviour, ability, aptitude or achievement – is really important to clarify. In the US, the National Institutes of Health recently mandated that, where appropriate, sex of the test subjects should be a variable in any research it funds. It’s time to move on from the simplistic dichotomy of looking for what makes male and female brains different, and instead approach the issue through the probably more meaningful and potentially revelatory question: what makes brains different?