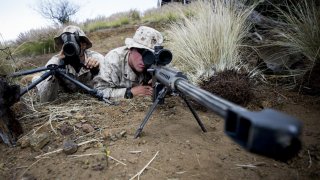 This Is What You Need To Remember: Even a weapon as reliable as the Barrett M107 .50-caliber long-range sniper rifle fails sometimes.