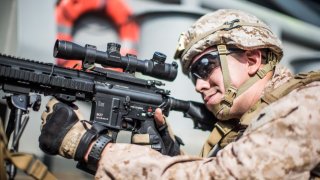 Here's What You Need to Remember: While Neller admitted that the 17-inch M27 might not be ideal for mortar crews or Javelin missile operators, it could be issued to engineers and fire-support teams as well as to Marine infantry.