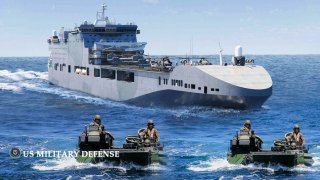 Here's What You Need to Remember: The future of the Marine Corps is amphibious. Here are the ships that will carry them throughout the Pacific and onto enemy-held islands.