Marines Answer: When Is Fully Automatic Fire Appropriate In War? 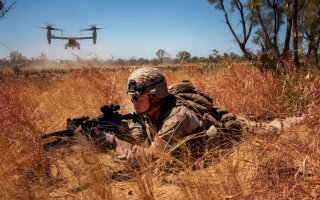 Here's What You Need to Know: Sometimes you need to make a statement.