The Marines are Recruiting, But Joining Up Is Not So Easy 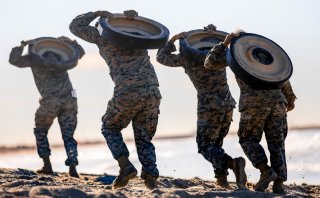 Here's What You Need to Know: Using the data collected by the study, potential candidates’ chances of passing could be predicted with 70 percent accuracy. What sent them apart from the rest of their selection mates who did not pass? Extroversion and positive affect personality traits.