Meet the Controversial Aircraft Carrier Not Named After a Navy Sailor 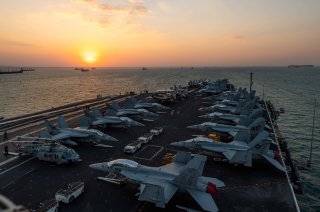 Here's What You Need to Remember: The name of the carrier, which was approved by then-President Ronald Reagan in 1988, was an interesting choice as Stennis wasn't a navy man.