Meet the Montana-Class: America's Monster Battleships That Never Were 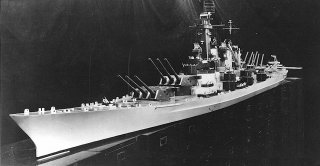 Here's What You Need to Know: The Montanas would have outclassed anything the British, French, or Italians had even conceived of building.