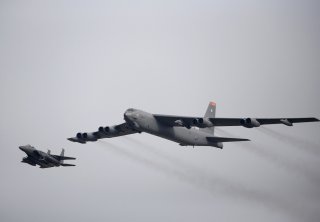 Here's What You Need To Remember: The B-52 force has been preparing for that mission for decades. As far back as the late 1970s, bomber crews honed sea-skimming flight profiles that would hopefully allow them to penetrate stiff enemy defenses and blow the Hell out of ships — Soviet ships, that is.