Meet the Small Company That Is Trying to Ban Smart Phones 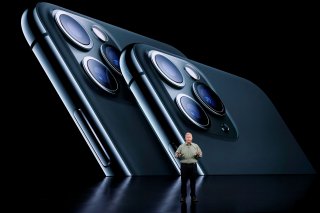 There’s a tiny Irish company attempting to cure America’s smartphone addiction. Not through any beneficial technology of its own, however. Instead, the company would do so by getting the US International Trade Commission (ITC) to ban the importation of millions of smartphones, tablets, and other computers.

This is no laughing matter. Despite our overreliance on them, digital devices are indispensable personal tools and a cornerstone of the entire economy. Among other cascading effects, an interruption to the supply of new smartphones would render the coming 5G wireless networks impotent.

The ITC was created to protect American firms from unfair foreign behaviors. Over the last decade, however, a quirk of international trade law has increasingly been exploited by clever owners of intellectual property (IP). The draconian remedies the ITC possesses, including an “exclusion order” that prohibits importation, make the agency a powerful leverage point in IP license negotiations.

In this case, Neodron Ltd., a nonpracticing entity registered in Ireland, is threatening to blockade the mobile internet. Neodron doesn’t make any products, but it owns several patents that it says are important components of touch screens in digital devices. Over the last two years, it has filed complaints with the ITC, and the ITC opened two investigations — one in June 2019 and another in March 2020.

Neodron alleges that virtually all of the firms that make personal digital devices are violating its patents — Amazon, Apple, AsusTek, Dell, Hewlett Packard, Lenovo, LG, Microsoft, Motorola, Samsung, and Sony. These firms account for more than 90 percent of the smartphone market and a host of other touch screen devices, which are all rapidly proliferating.

The strategy is to acquire a small piece of IP and sue at the ITC. Because the ITC’s tools are so blunt, it gives the Neodrons of the world massive leverage in license fee negotiations with the firms that actually innovate and make the products.

The continued flow of computers is crucial, not least because they improve in quality so quickly. They are a driving force of productivity and creativity across the economy. Between 2010 and 2019, mobile data usage in the US grew by a factor of 96, and it was up 30 percent last year. With 5G networks starting to come online, we need powerful new devices to take advantage of 5G’s new capabilities. Older devices don’t cut it. And with 420 million mobile subscriptions in the US, we need tens of millions of new devices every year to fill the seemingly endless demand.

The ITC is supposed to account for the “public interest” in its decisions so it doesn’t throw the economic baby out with a bathwater technicality. But too often in recent years, the ITC has instead considered IP lawyering an American good unto itself. Patent trolling is now a protected industry!

Reps. Suzan DelBene (D-WA) and David Schweikert (R-AZ) have introduced legislation to fix this perversity. The bill directs the ITC to act so that the “public interest is paramount in the exercise of its remedial powers (regarding an exclusion order) and affirmatively determine that any exclusion serves the public interest.”

If this gentle modification of current law were in force, it’s hard to see how the ITC could order the blockage of tens of millions of digital devices. Until then, or until the ITC upgrades its use of common sense, however, we can expect more mischief.