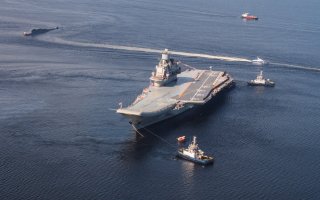 Here's What You Need to Know: Russia's supercarrier dream is dead ... for now.