Meet the Top 5 Sporting Rifles on the Planet 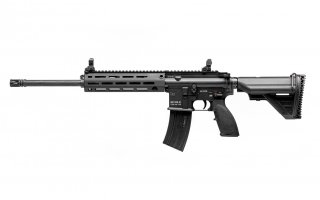 Here's What You Need to Know: The field of modern sporting rifles—semiautomatic rifles with detachable magazines—has exploded in popularity over the past decade. The expiration of the Federal 1994–2004 Assault Weapons Ban and the wars in Iraq and Afghanistan fueled an interest in these weapons. Innovation, in part due to research and development into military small arms, introduced new and interesting rifle designs. Here are the top five modern sporting rifle designs.