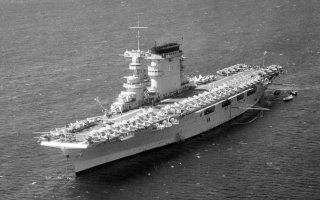 Here's What You Need to Know: The Lexington’s three-square-kilometer aircraft hangar was the largest seaborne hold ever made at the time of its launch.