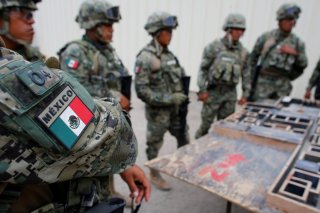 Here's What You Need to Remember: The Navy and Naval Infantry’s most notable achievement has been Operation Black Swan in 2016, the operation that resulted in “El Chapo” Guzman’s third and final capture. Black Swan was reportedly conducted in tandem with American Special Forces, which would be evidence of a very high level of cooperation between the United States and Mexican Navy.