Michael Flynn: Everyone Is Getting Two Things Wrong 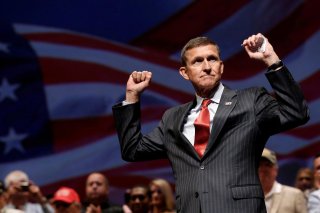 I've been reading, writing, and tweeting about the Michael Flynn prosecution quite a bit lately, and I've been getting significant feedback from people who strongly dislike Flynn and think he's about to get away with committing a serious crime due to sinister political machinations behind the scenes. As explained in this post, I take no strong position on Flynn's character or whether he did or did not commit any crimes—most Americans have, so he'd be in good company.  But I think many in the "lock him up" crowd are making two fundamental errors that are in urgent need of correction.

Those errors, which turn out to be inextricably intertwined, are: (1) Flynn is plainly guilty of lying to FBI agents, so the attorney general's motives in dropping the case against him must necessarily be suspect; and (2) given the character of the defendant and the alleged crime, the Flynn case must necessarily be a poor vehicle for spotlighting the pernicious role of coercive plea bargaining in our criminal justice system—as Pulitzer-Prize-winning columnist George Will did yesterday. As explained below, these errors are momentous, and they have been embraced by many influential bloggers, law professors, and other opinion leaders who help shape public perceptions about the legal system. I hope some of them will see this post and read it in the spirit of good will with which it is offered.

The first point—that the decision to drop the Flynn prosecution must necessarily have been made for crass political reasons—appears to be based on an incomplete understanding of the evolving fact record together with uncharacteristic confidence in the integrity of a coerced plea. The essential facts are these:

Michael Flynn was charged with making false statements to FBI agents during a January 24, 2017 interview at his White House office regarding conversations Flynn had had in the preceding weeks with Russian Ambassador Sergey Kislyak. (Flynn was also charged with making false statements in connection with certain filings under the Foreign Agents Registration Act, but I'll put that to one side for now; among other things, Flynn never pleaded guilty to those crimes, and DOJ's attempt to prosecute another high-profile figure, Gregory Craig, for similar violations failed miserably and would likely have failed against Flynn as well.)

Represented by lawyers from the large D.C. law firm Covington & Burling (who it now appears had a serious conflict of interest), Flynn initially asserted his innocence. Crucially, Flynn's attorneys pressed the prosecutors from the Special Counsel's Office to turn over the memorandum of interview or "302" prepared by the agents who questioned him regarding his communications with Kislyak. Throughout November 2017, SCO prosecutors repeatedly rebuffed those requests even as they ratcheted up the pressure on Flynn to plead guilty in exchange for a recommendation of no jail time. But Flynn continued to maintain his innocence, and his attorneys continued pressing for production of the 302 and other discovery—which the government continued to withhold.

It has been reported, credibly in my judgment, that the stalemate was brought to a head when the SCO leaked to certain reporters that a guilty plea from Flynn would ensure that Flynn's son, who was under investigation as Flynn senior's business partner (and also happened to be the father of Flynn senior's four-month-old grandchild) would not be prosecuted. This is the sort of despicable tactic one associates with tyrants and dictators; but to our infinite discredit, it appears to have become a routine feature of American prosecutions as well.

In any event, we do know that something caused Flynn to suddenly change his mind in late November of 2017 and agree to plead guilty to a single charge of lying to FBI agents. He signed a "statement of the offense" to that effect (along with the alleged FARA violations) on November 30, and appeared in court to enter his guilty plea—on the charge of lying to FBI agents only—the next day, December 1, 2017.

Notably, despite having pleaded guilty more than two years ago, Flynn has not yet been formally convicted of that crime because the conviction does not technically happen until the sentence is pronounced. And for various reasons, that has not happened yet.

Last year, Flynn changed lawyers and filed a motion to withdraw his guilty plea, partly on the basis that SCO prosecutors improperly withheld from him evidence that should have been produced during the plea discussions in November 2017—including that 302 form.

Why is the 302 such a big deal? Simply put, because it now appears the two FBI agents who conducted the interview with Flynn on which the subsequent false-statements charge was predicated at first reported to their superiors that they did not think Flynn had been deceitful during the interview and that any inaccurate responses to their questions were the result of a memory lapse, not a deliberate attempt to deceive. If that turns out to be true, then it seems plausible, indeed likely, that that sentiment is reflected in the still-missing original 302 that the SCO would have been obliged to produce during plea negotiations in November 2017. Among other things, the timely production of such a document to Flynn would not only have strengthened his resolve to continue fighting the charges against him, it would likely have made it all but impossible to convict him of those charges since intent to deceive is an element of the false-statements crime and must be proven beyond a reasonable doubt to a jury.

So the bottom line is this: We don't know for sure whether Michael Flynn deliberately lied to the FBI agents who interviewed him at the White House on January 24, 2017. But it appears possible that SCO prosecutors may have withheld highly favorable evidence while exerting intolerable pressure on Flynn to plead guilty to crimes prosecutors may well have known they would be unable to prove at trial. To be clear: We don't know for sure that that is what happened; but neither can we rule it out on the current state of the record—and it is looking increasingly plausible every day.

Nevertheless, there are many sharp, normally thoughtful people on Twitter and elsewhere who simply wave all of this away and continue to insist, without elaboration, that Flynn is certainly guilty. I know and respect some of those people, and in recent days, I have repeatedly asked what is the strongest evidence against Flynn on the false-statements charge apart from his coerced guilty plea. Thus far, the response has been deafening silence. Accordingly, I think it is improvident at best to assert that William Barr's decision to dismiss the prosecution can only have been made for venal political reasons. To the contrary, on the current state of the record, it looks far more like a sincere decision to drop a case that should not have been brought in the first place and that the government could never have won had it played by the rules.

The second point—that the Flynn case is a poor vehicle for spotlighting the menace of coercive plea bargaining because Flynn himself is such an unsympathetic character—is much easier to refute. First, while it is axiomatic that there are many more sympathetic defendants out there who have been subjected to similar tactics, none of them are currently receiving anything like the attention that Flynn's case is. Second, if the government pulls these kinds of shenanigans against a high-profile defendant like Flynn (or a sitting senator, as happened when DOJ prosecutors cheated their way through the prosecution of Sen. Ted Stevens in 2008), then just think what it does in lower-profile cases to which no one is paying any particular attention and with defendants who don't have millions of dollars to spend on their lawyers.

Finally, and perhaps most importantly, the Flynn case features an unusual opportunity that must not be squandered. And it is this: People on the left generally don't need to be reminded that the government frequently singles out the most vulnerable—including particularly communities of color—and subjects them to unequal and unjust enforcement practices. And to its great credit, the left is generally more sensitive to key criminal-justice issues like racially disparate treatment, improper use of force, and unfair prosecution practices, including coercive plea bargaining.

By contrast, too many on the right tend to downplay and dismiss those injustices while reflexively denying that our criminal justice system has become fundamentally unjust. As a career public interest lawyer and constitutional litigator, I am here to tell you that they are wrong about that—tragically wrong. And if the perceived persecution of Michael Flynn is what finally opens their eyes to the monstrous injustice of coercive plea bargaining—a manifestly unconstitutional practice that has become the cornerstone of our shameful policy of mass incarceration—then we should celebrate the message no matter how we feel about the messenger.

This article by Clark Neily first appeared in CATO on May 21, 2020.