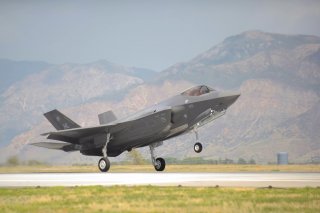 Here's What You Need To Remember: The strike emphasis, however, is just fine with the Israeli Air Force, as since 1948 it has historically mostly trounced its opponents in air-to-air combat, but suffered heavy losses to ground-based air defenses in the 1973 Yom Kippur War. Since then, Israel jets have continued to face, and mostly defeat, hostile SAMs in scores of raids launched into Lebanon and Syria, though in February 2018 it suffered its first combat loss of a fighter in decades when Syrian S-200 missiles downed an Israeli F-16.

On May 22, 2018 Israeli Air Force commander Amikam Norkin announced that its F-35I stealth fighters had flown on two combat missions on “different fronts,” showing as proof a photograph of an F-35 overflying Beirut. While details on those missions have not been released—apparently, they were not deployed in a massive Israeli air attack on Iranian forces in Syria that took place on May 9, 2018—this nonetheless apparently confirmed the first combat operations undertaken by any variant of the controversial stealth jet, which is currently entering service with the militaries of ten countries after undergoing over two decades of development.

The new system will also allow the IDF to install Israeli-built datalinks and defensive avionics systems such as radar-jamming pods. An official told Aviation Week the IAF expects the advantages of the F-35’s low radar cross-section will be “good for five to ten years” before adversaries develop countermeasures. There already exist methods for detecting stealth fighters, including long-range infrared sensors, electromagnetic sensors, and low bandwidth radars (though all have significant limitations), and more exotic technologies such as quantum radar are also under development.