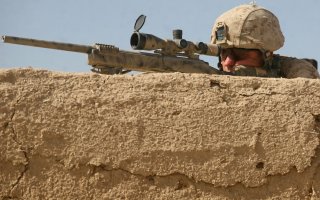 Key Point: DARPA has been quiet on the project since 2014.