Misfires: Five Most Ineffective Rifles of the Modern Era 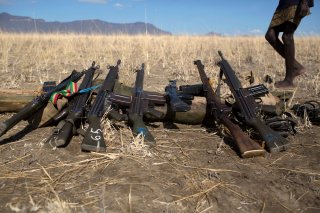 Here's What You Need To Remember: There have been several examples in the last century of military small arms that have been sub-par. The relative decline of the infantry on the battlefield means that none of these weapons were bad enough to lose a war, but they were often bad enough to cause the side using them to lose engagements and lower morale.

Kyle Mizokami is a defense and national-security writer based in San Francisco who has appeared in the Diplomat, Foreign Policy, War is Boring and the Daily Beast. In 2009 he cofounded the defense and security blog Japan Security Watch. You can follow him on Twitter at @KyleMizokami.