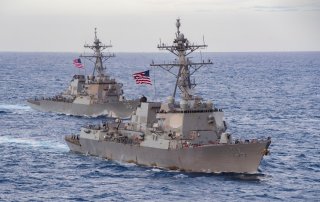 Here's What You Need to Remember: Be stronger at the decisive place and time: if there’s a universal law of military strategy, that’s it. And it ought to constitute the standard for evaluating the future of navies. Let’s detach combat power from familiar ship types, ordnance, and tactics. As Thomas Kuhn might say: let the gaming—and, if warranted, a paradigm shift—begin.