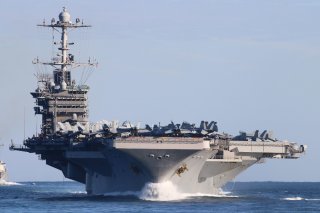 Here's What You Need to Remember: The U.S. Navy, it seems, is optimized for the blue-water conflagration that’s least likely to occur. Question marks surround who would prevail in the scenarios that are most menacing and most likely to occur. Carrier-killing munitions may make the fortress fleet a going concern at last, long after the age of Mahan. And that suits Beijing fine.