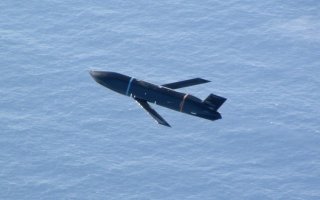 Here's What You Need to Know: The LRASM carries multiple sensors allowing it to autonomously search for and identify adversary warships.

A LRASM is first fired using targeting data from the firing platform towards its target, which it approaches at medium altitude. However, if the data link is disrupted the missile’s guidance algorithm allows it to acquire and home in on a target without external direction, or to maneuver around neutral or hostile ships that interpose themselves in its path.

All in all, the LRASM could significantly improve the striking power and reach of U.S. surface warships, and fits well with a new doctrine of “Distributed Firepower,” which emphasizes networking sensor data and spreading firepower over multiple launch platforms. Furthermore, the missile’s redundant guidance systems would remain effective even in a heavy electronic-warfare environment against a tech-savvy opponent. There are a few caveats to consider, however.