Mistake: Why Did Imperial Japan Head Home After Its Victory at Pearl Harbor? 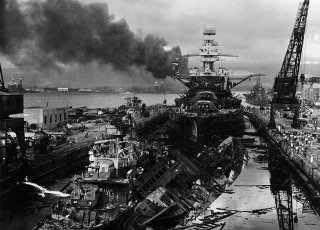 Here's What You Need to Remember: The IJN hurt the U.S. Pacific Fleet badly. That central link in the chain, the navy, absorbed severe stress. But American sea power, broadly understood as Mahan intended it, could shrug off the shock. Indeed, the Pacific Fleet wrought a turnabout in its fortunes a mere six months later—at the Battle of Midway—and made use of that very infrastructure while doing so.