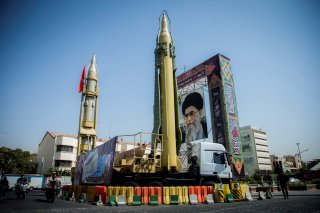 Here's What You Need To Remember: The DIA report notes that a key modernization goal of Iran’s armed forces is to “[i]ncrease the accuracy, lethality, and production of ballistic and cruise missiles.” The report curiously omits range, which Iranian defense officials have recently touted alongside accuracy as a goal of their cruise missile program.

The U.S. Defense Intelligence Agency (DIA) last week released a landmark report analyzing the capabilities of Iran’s military. In light of Iran’s September attacks on the Abqaiq and Khurais oil facilities in eastern Saudi Arabia, the report’s emphasis on Tehran’s expanding cruise missile capabilities has already proven to be prescient.