Is More Stimulus Checks Worth Jail Time? One Ohio Woman Thought So 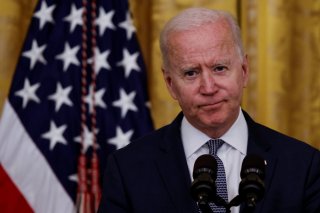 Here's What You Need to Remember: There was also a report last week by Axios that as much as half of the unemployment money paid out by the government during the pandemic may have been stolen, with much of the money ended up in the hands of foreign crime syndicates.

An Ohio woman was sentenced to six months in prison this week, for a scheme in which she improperly claimed benefits, including COVID stimulus checks, using the name and Social Security number of her late brother.

According to documents released by the Justice Department, the sixty-one-year-old woman has received six months in prison followed by six months in home detention and also ordered to pay restitution.

The government says she took nearly $223,000 in Social Security payments and $1,200 in COVID-19 stimulus money. Her brother died in 2004, and the woman “did not notify Social Security or the bank of her brother’s death, and instead continued to receive his payments into a shared bank account. [The woman] updated the address associated with the bank account to her own physical address,’ DOJ’s press release said.

The woman was caught, per the department, following an audit by the SSA’s Office of Inspector General, while the Secret Service also took part in the investigation.

“This sentence demonstrates that concealing someone’s death to gain access to their Social Security’s benefits is a Federal crime, and one that the Social Security Administration Office of the Inspector General will continue to fight,” Andrew Boockmeier, special agent-in-charge of the SSA OIG Chicago Field Division, said in a statement.

“The collaborative efforts of our auditors and investigators uncovered this nearly sixteen-year ruse. I thank the United States Attorney’s Office and Special Assistant U.S. Attorney Timothy Landry for working with us to hold this individual accountable.”

While it’s not always accompanied by more than a decade of accompanying Social Security fraud, fraud related to stimulus checks has occasionally popped up since the start of the pandemic and the government’s stimulus efforts. More than 700 cases of stimulus check fraud had been brought by the government as of earlier this month, per the Herald.

In one case, a man in Massachusetts pretended to commit suicide in order to avoid charges for defrauding the 2020 Paycheck Protection Program. The government also busted an $800,000 plot by Venezuelan nationals to steal stimulus checks in South Florida, the Miami Herald reported. The conspirators were accused of using fake IDs matching the information of American taxpayers in order to take the checks. That scheme was busted in an FBI sting operation, which included the use of an undercover FBI informant.

There was also a report last week by Axios that as much as half of the unemployment money paid out by the government during the pandemic may have been stolen, with much of the money ended up in the hands of foreign crime syndicates.

However, that report cited only people in the business of selling the government and private business security solutions.