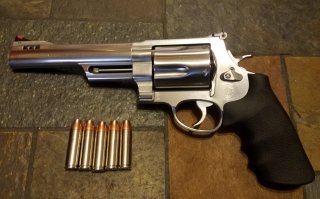 Here's What You Need To Know:  What the Model 500 is good for is as a sidearm for hunters chasing very large game, particularly in administering the coup de grace to dangerous, wounded game.

This first appeared in 2018 and is being republished due to reader interest.