Move Over Elvis: Here Is the Real Hound Dog 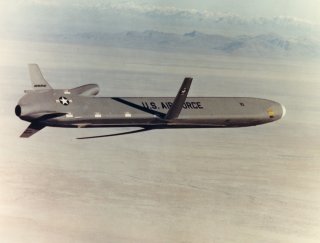 Here's What You Need To Remember: The missile’s onboard inertial navigation system—a key development of the Navaho program—updated by a star tracker in its mounting pylon, let it place its 1.45-megaton W-28 warhead within two miles of its target at six-hundred-miles range.

By the mid-1950s Soviet air defenses could shoot down American bombers well before they got within bombing range of important targets. In 1956 the Strategic Air Command (SAC) asked for a supersonic cruise missile big enough to carry an H-bomb several hundred miles, and small enough for a B-52 to carry along with its bomb load.