The Name USS Enterprise Will Never Die Inside the U.S. Navy 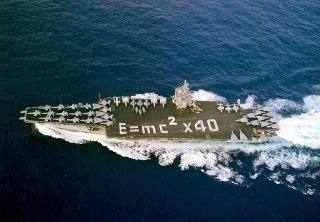 Here's What You Need to Know: Enterprise proved the viability of nuclear power for aircraft carriers, but in hindsight that was the most forgettable of its achievements. it circled the globe three times, conducted twenty-five overseas cruises and completed an astonishing four hundred thousand aircraft landings in its lifetime.

Enterprise was deactivated on December 1, 2012. For its last five years, it was gradually prepared for disposal, stripped of military equipment and its reactors powered down. The ship was formally decommissioned on February 3, 2017, in a private ceremony at the Newport News Shipyard in Virginia.