NATO Has Opened a New Special Operations Facility in Latvia 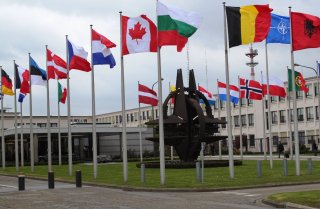 Here's What You Need to Know: Forward-based troops in the Baltics offer a significant deterrent to any Crimea-style aggression from the part of Russia. So, the utility of the new special operations facility is larger than it seems.

Earlier this year, US Special Command-Europe (SOCEUR) and NATO launched a new special operations facility in the Baltics.