NATO Once Planned To Ride the M2 Bradley Into Nuclear War 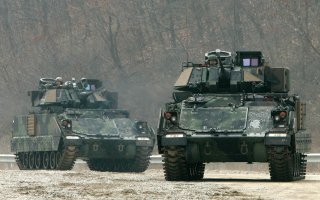 Here's What You Need to Know: Fortunately for both, neither the Soviet Army nor the U.S. Army had to test the infantry fighting vehicle concept on a nuclear battlefield.