NATO War Planners Knew That Russia Would Conquer Most Of Europe 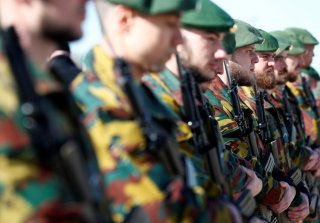 Here's What You Need To Remember: The RAND wargame suggests that Russia could take the Baltics, and perhaps hold them, for a while. Moscow would begin to pay costs very early in any conflict, however, as NATO forces moved against Kaliningrad, Transnistria and other Russian holdings.

Robert Farley, a frequent contributor to the National Interest, is author of The Battleship Book. He serves as a Senior Lecturer at the Patterson School of Diplomacy and International Commerce at the University of Kentucky. His work includes military doctrine, national security, and maritime affairs. He blogs at Lawyers, Guns and Money and Information Dissemination and the Diplomat. This article first appeared several years ago.