NATO's Nightmare: A War Between Greece and Turkey 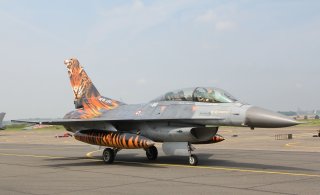 U.S. and other Western leaders have long worried about what to do if an armed conflict ever erupted between two NATO members. Rapidly rising tensions between Greece and Turkey, primarily involving a maritime dispute over oil, natural gas, and other resources under the eastern Mediterranean, have brought that nightmare to the surface once again. Germany’s Foreign Minister, Heiko Maas, warned both governments in late August against further military escalation. “Fire is being played with and any small spark could lead to catastrophe,” he stressed.

The heart of the North Atlantic Treaty is Article 5, which proclaims that an attack on any member of the Alliance will be considered an attack on all. The underlying assumption is that there would then be a collective response to repel and punish the aggressor. Obviously, that approach would not work if two NATO signatories went to war against each other. Even determining which country was the aggressor and which the victim could be quite challenging.

Throughout NATO’s history, the greatest risk of an intra‐​alliance conflict has always been one involving Greece and Turkey. Although both countries joined NATO in 1952, mutual membership in that security partnership did not erase the centuries of animosity between the two populations. Athens and Ankara have nearly come to blows on several occasions, most notably when Turkey invaded majority‐​Greek Cyprus in 1974, proceeded to occupy nearly 40 percent of the island, and expelled Greek Cypriots from that territory. The occupation continues to this day.

There have been several lesser, but still worrisome, incidents over the years. Among other problems, Turkish military planes continuously violate Greek airspace. Athens then sends its fighter planes up to intercept and challenge the Turkish aircraft—in some years as many as 2,000 times. Thus far, there have been no armed clashes, but as I’ve written elsewhere, similar games of aerial “chicken” involving the United States and such countries as Russia and China are extremely reckless. One such episode between U.S. and Chinese planes in 2001 resulted in a midair collision that killed the Chinese pilot and created an ugly diplomatic row between Washington and Beijing. All it would take is one miscalculation by a Greek or Turkish pilot to trigger a similar (or worse) crisis between Athens and Ankara.

The Cyprus episode suggests what Washington’s reaction would be to the outbreak of a Greco‐​Turkish armed conflict. Under the guidance of Secretary of State Henry Kissinger, the United States pressured both countries to dampen their quarrel, and Kissinger used maximum leverage to get the other NATO members to adopt the same position. However, Kissinger’s stance was far from neutral. Even though Turkey had been the aggressor, the United States soon tilted in favor of Ankara’s position. Congressional anger compelled Gerald Ford’s administration to implement sanctions against the Turkish government, but the White House moved inexorably to dilute those measures as quickly as possible. That approach continued under Jimmy Carter’s administration, and by the beginning of the 1980s, the restrictions were effectively moot.

Washington’s response reflected the belief that Turkey was a much more important ally than Greece in terms of strategic considerations. There is little reason to believe that the U.S. attitude has changed. Even if a Biden administration would not share Donald Trump’s apparent admiration for Turkey’s autocratic president, Recep Tayyip Erdogan, both security and economic calculations would push Washington toward that conclusion.

There is one important difference, though, between the Cyprus crisis and a possible new confrontation between Athens and Ankara. Key NATO powers, most notably France and Italy, are not happy about Erdogan’s increasingly undemocratic rule and his government’s maverick, often pro‐​Russian, behavior on security issues. In addition, France has openly challenged Turkey’s territorial and resource claims in the eastern Mediterranean, and in late August, French warships and planes joined a joint military exercise with Greece and Cyprus to convey a blunt message of displeasure to Ankara. Washington may find it far more difficult today to drag its NATO allies into taking a pro‐​Turkish stance in case of an armed confrontation between Greece and Turkey than it did in 1974.

The mere prospect of a possible Greco‐​Turkish war underscores one of the major drawbacks of the United States being the leader of a nearly 30‐​member military alliance. America automatically is entangled in the grievances and quarrels of every one of those members. And when two members openly hate each other, that situation can create not only a headache but an outright nightmare for the United States.