Naval Mines Are Getting a 21st-Century Upgrade 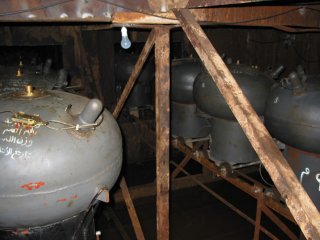 Here's What You Need To Remember: Naval mines are one of the oldest weapons in the world. They're cheap to make, easy to deploy, can be difficult to catch, and are very destructive when they go off.

Charlie Gao studied political and computer science at Grinnell College and is a frequent commentator on defense and national-security issues. This article first appeared in September 2019.